South Africa is located on the southern tip of Africa.

The current flag of South Africa was adopted on April 27th 1994. 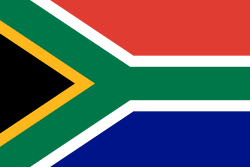 Just a slight correction. The new president of Africa is Jacob Zuma, a notorious womenizer haha..